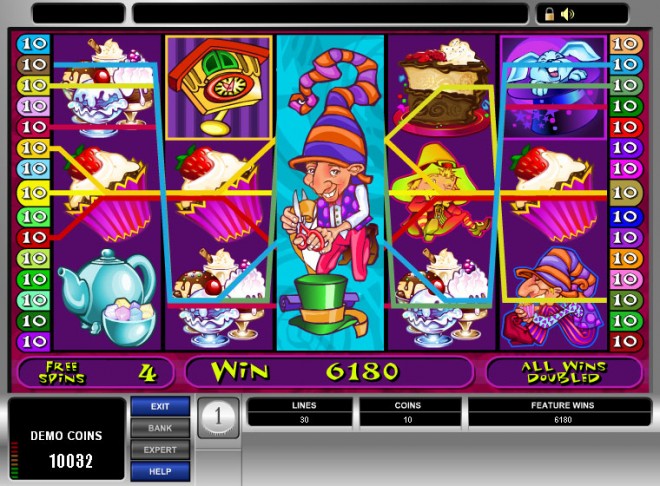 Mad Hatters is a pokie machine with 5 reels, 30 pay-lines and 10 coins also from Microgaming.

With hilarious and  smart mad characters; the rabbit hole, charming top hats with red and purple hats to look for, tea cups, cuckoo clocks and party guests for you to enjoy while at play. Developed by Microgaming with 5 reels and 30 paylines, you will find this game on the screens as total comedy of madness, silly graphics and the sound that echoes on every spin. 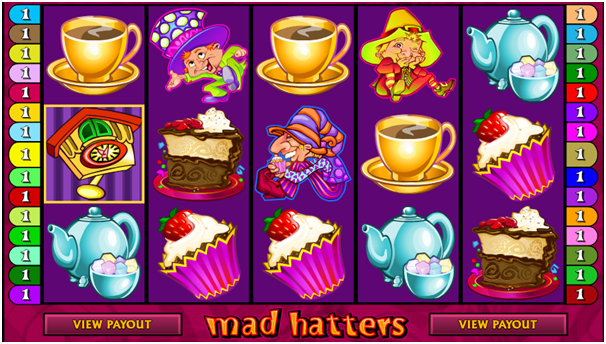 The Mad Hatters Pokies game comes with free spins, multipliers, a Cuckoo bonus on symbols and scatters and the wild revolves around the stage actor Mad Hatter and his party which you can see in the form of symbols. These are Mad hat, cuckoo clock, cake, tea and rabbit active on the reels of the game and hold the key for the big wins. Mad Hatters Pokies game is played at fixed 30 paylines as mentioned with coin value that range from $0.01 to $0.10, whereas the total bet can be further increased by staking between 1 and 10 coins per single payline or up to 300 in total.

How to play Mad Hatters? 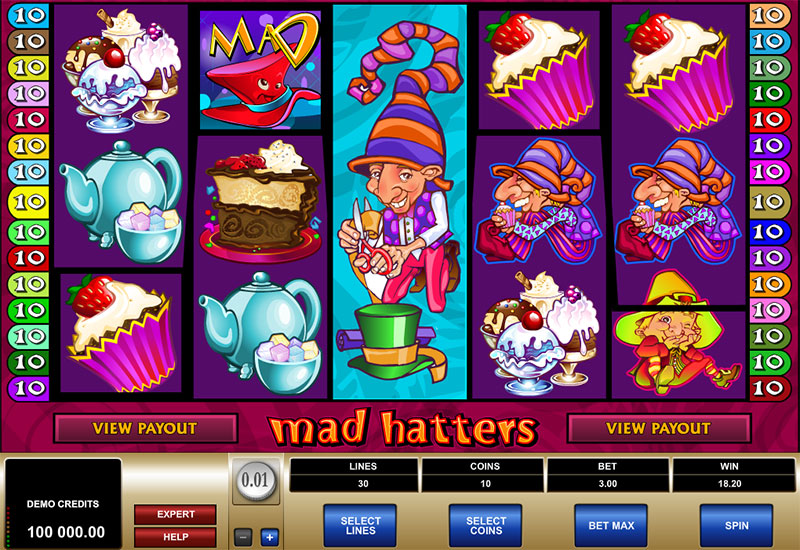 Mad Hatters  pokie can be played with mobile or PC instantly without any download.  The Mad Hat an unusual object displays colourful. It’s a wild symbol. Put it down on the reels and it will help you to create more winning combos. This magical hat can replace other symbols expanding wild with many crazy prizes.

You will see the Benny Bunny Rabbit of the Mad Hatters always in a hurry that scatter in haste to bring you more winnings. He appears anywhere and pays out in any position. Manage to catch 3, 4 or 5 scattered Bunnies and you will get a magic boost of 5x, 50x or 300x Multiplier for your total bet!

In order to access the settings tab, swipe to the right from the main screen. Once you have completed the bet selection process, swipe to the left to return and repeat the action several times to view the paytable. Tap spin or autoplay to start. This pokies supports bets from $0.01 to $75 per spin. The free spins feature gets you rewarded with a chance to win up to 50 free games with an additional extra wild and even an expanding wild. 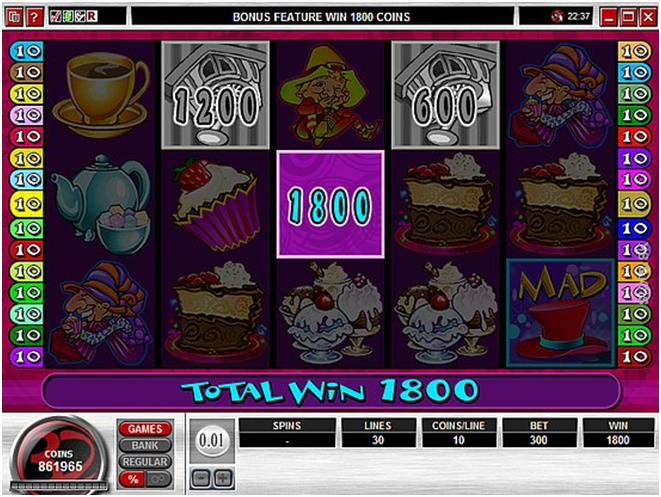 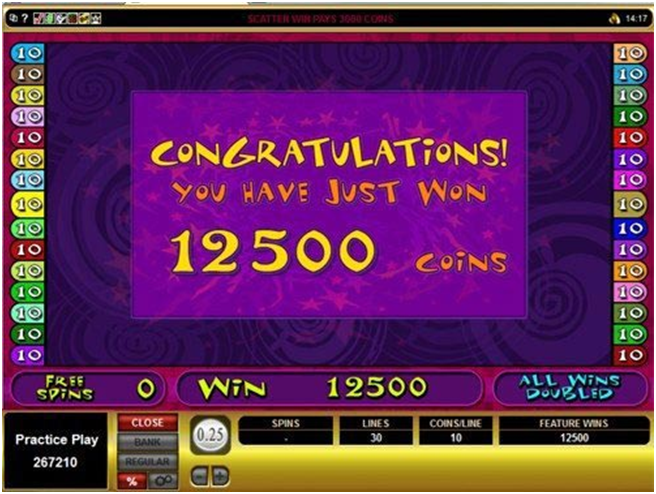 The Cuckoo clocks that hang dangling on screen have the Cuckoo Bonus. If it’s at least 3 Cuckoo Clocks on the adjacent reels, then it’s high time for Cuckoo Bonus Being a welcome guest, here you will be offered to pick up to 3 Cuckoo Clocks to reveal your money win. Choose wisely and try to win the ultimate prize of 13,500 coins!

Also if you see three Bunnies anywhere on the reels, then it’s high time for Free Spins Feature! The number of Free Games depends on the number of scatters you catch. So that 3, 4 or 5 Bunnies will bring you 10, 35 or 50 Free Spins!

You are also offered to choose one of 3 mad hatters to make him your extra wild and going for it makes you 2x Multiplier for all winnings gained during the feature.